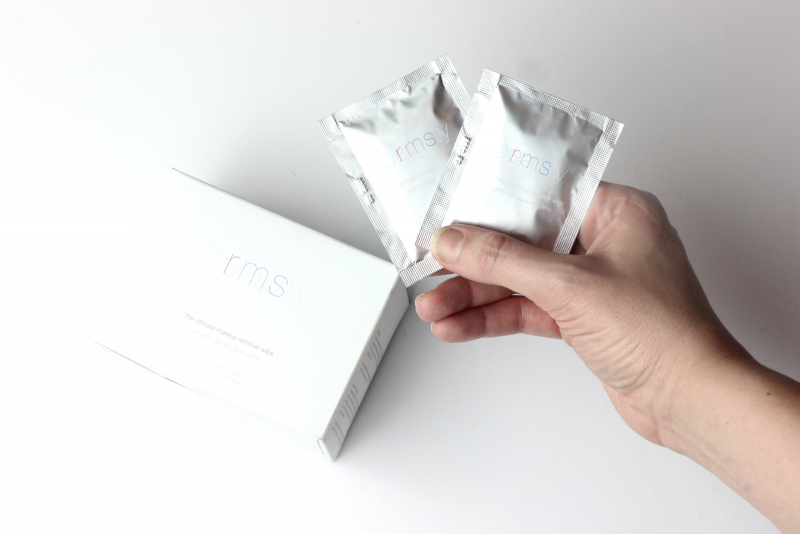 I was a huge fan of makeup remover wipes before I became more conscious about my beauty product choices and found out exactly what most of the wipes you buy on the high street contain. Now I think about it, it’s really no wonder why my skin often used to be so bad for so much of the time. When I saw that RMS Beauty sell natural Makeup Remover Wipes I was super excited to try them! They contain only one ingredient which is organically certified coconut oil. I thought finally I have found some natural wipes I can use when I feel lazy or when I travel……sadly however my excitement died off faster than it began!

These wipes really don’t remove the makeup as well as I would want and don’t get rid of everything entirely. They remove most of the makeup but you still have some remnants left. They aren’t too bad with the majority of the makeup until you get to the mascara, which they have a really hard time with. I found that I had to go over my eyes time and time again scrubbing really quite hard and still I was left with black panda eyes. I also didn’t like the feeling my skin was left with after use as it seemed to leave an oily feeling all over my skin. Ultimately I ended up putting hot water on a flannel and used this to finish the job of removing my makeup properly. This is not a problem when I am at home but obviously I like the wipes for when I am on holiday or away from home and this negates the whole point of buying them. Personally I do not use much makeup on a daily basis so I fear that these wipes would be totally foiled if they came up against the sort of makeup use I have witnessed on photo shoots or for stage and performances for example. They would cower in fear if they were to come up against a Kardashian face!

I have a feeling this is the whole reason why nearly all face wipes contain such strong and unnatural products as perhaps this is one area that natural products really will fall at the first hurdle. I am also quite certain that as more time and money is put into natural products better examples will start to emerge but for now I think these are probably the best natural skin wipes I have found….that definitely isn’t saying much though!!!

Have you tried these wipes or found any better natural wipes anywhere that i can test out?? Get in touch and tell me all about them!!!